America was Birthed from Great Britain

America was birthed from the Lion of Great Britain.
America's the whelp of Britain.
And like a wandering adventurous cub, Britain chased and hunted rebellious Americans.
Britain wanted to make money off of Americans.
Britain overtaxed Americans until Americans became poor and couldn't thrive.
Britain wanted complete control of all the indigent people they called in America.
Britain would scheme and connive.
The 13 colonies came together and said, enough is enough, we need to break free of Britain.
But Britain, even after they lost the Revolutionary War.
Began to send their worst criminals and outlaws and prostitutes and orphans off their overfilled streets to America's open shores.
They thought if they sent the worst people to America, Americans would eventually die off.
But some of the outlaws converted and rebuilt their lives by marrying and taking wives.
The prostitutes found husbands and became wives.
The orphans found jobs or homes and became a part of America.
America eventually cutoff Great Britain.
P. Kelley
at June 18, 2020 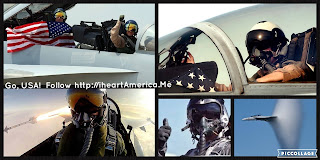